Member News: Feature on Tony Voutas & Companion of the Order of the Star of Melanesia

Austcham ChinaNewsMember News: Feature on Tony Voutas & Companion of the Order of the Star of Melanesia 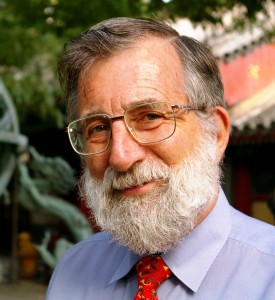 Tony Voutas a former Board and Chair of AustCham Beijing has been recognized by the Papua New Guinea Government for his outstanding contribution to PNG before he moved to China. At the Beijing celebration in September of 40 years on PNG Independence the PNG Ambassador, His Excellency Chris Mero, presented him with the Star of Melanesia

Ten years ago, he was awarded the Companion of the Order of the Star of Melanesia however delayed accepting the award until this year because he believes that the “results of what one does is more important than who does it”.

The Companion of the Order of the Star of Melanesia is awarded for distinguished service of a high degree to Papua New Guinea and Melanesia, sustained over a period of fifteen years.

Tony was 18 years old when he arrived in PNG in February 1961. He describes the PNG at that time as ‘a colonial scene frozen in time’. There were aspects of South African apartheid and as Tony stated; “There were clubs for the whites. Domestic servant and manual labour roles for the locals. There were also Australian politicians wanting Papua New Guinea as the 7th State of Australia”.

Tony, however, was far away from this colonial scene. From February 1961 to December 1962 he was in the mountains and valleys of Morobe Province employed as a “liklik kiap”, a “small potato patrol officer”. He was busy patrolling through ordinary villages, listening to the problems and aspirations of rural people. It was an experience that completed his transition from adolescence to manhood.

In December of 1965, Tony was adopted as a son into a mountainous village in Morobe Province. He learnt from villagers how to make animal traps, how best to plant yam so that each one would grow beyond one meter, how to avoid stinging plants and much more. However, no matter how hard he tried, he admits he was never able to master the skill of fire making without matches.

He was, and still is, an idealist. Tony declares that his “idealism would have come to nothing had I not entered PNG politics in 1966”. In July 1966 Tony was elected into PNG’s Parliament at the age of 23, representing the South East corner of Morobe Province. This was a time of change in Papua New Guinea. Free thinking outspoken Papua New Guineans were being trained as professional civil servants and Trade Unions

were just emerging. There were more and more Australian political leaders that were supporting independence for Papua New Guinea.

On 13th June 1967 Tony together with 8 other members of Parliament, and 10 outspoken non-members formed the first effective Political Party – Pangu Party. In June 1968 Tony was re-elected to PNG’s Parliament to represent the whole of Morobe Province.

During his time in parliament Tony believes he had two key outputs. Firstly, Tony introduced a Bill for equal pay for women which, after debate, was agreed by the House that night. This caught the Australian Administration’s front bench of appointed official members by surprise. As a result equal pay for women became a law in PNG before Australia enacted a similar law.

Looking back on the preparations for Independence Tony’s praise goes out to all those committed early leaders of Papua New Guinea. Tony was the Senior Adviser to the first national leader of PNG – Sir Michael Somare – in 1972-1975.

Since PNG Independence he has held many roles in official aid to developing countries – AusAID in Australia, Asian Development Bank in the Philippines and also independently for the last 27 years in China.