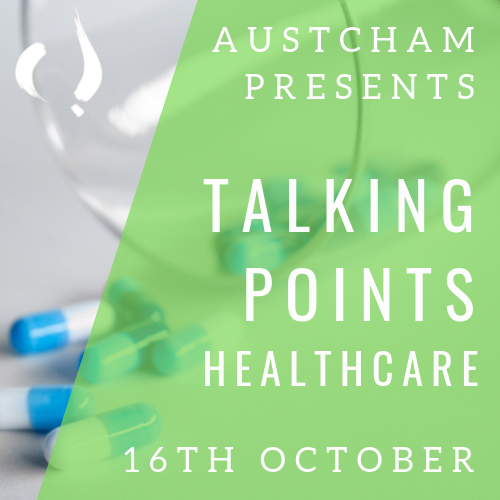 In today’s talking points, the 2018 boom in healthcare investment was aided by three key deals, and a cancer treatment accelerator approved in Wuwei signals a breakthrough in cancer research. In other news, Chemist Warehouse has experienced continued growth in the Chinese market and has made new plans to expand their sales platform, and Chinese and Australian universities are partnering to research the use of AI in healthcare.

The 2018 boom of Chinese healthcare investment into Australia

Despite clear diversity in investments, 2018’s boom was aided significantly by three major deals comprising over AUD $500 million, with major investment moving into health supplements (53%) and medical treatments, including natural medicine, IVF and fertility. This is an incredibly positive trend for Australian healthcare providers, which has developed a reputation for high-tech and high quality and comes at a crucial time for China’s maturing health industry and steadily ageing population in growing need of aged-care services. Positive trends are in store with Chinese investment into healthcare is expected to grow by 8.1% annually over the next five years.

Recently, as part of China’s carbon particle therapy, the first carbon ion cancer treatment accelerator has been approved at the Wuwei Cancer Hospital. Using the system, carbon ions are accelerated to 70% of the speed of light before being blasted in beams at a tumour to destroy the cells’ DNA.

According to the project manager, Xiao Guoqing, the finished accelerator in Wuwei is a symbol for “a major milestone in China’s domestically made advanced medical equipment.” This domestically built system costs significantly less than importing the same machine, making treatment cheaper for Chinese patients.

Wang Xiaohu, the vice president at Gansu Province Cancer Hospital, has said that accelerated ions are more destructive than photons (used in traditional cancer treatments) due to their ability to be highly targeted. At the same time, it is said to be a safer and more successful radiation therapy. Currently, this system is effective in treating stages of prostate, liver, rectal and lung cancers. Therefore, the Wuwei Cancer Hospital will gradually be able to treat more than 1,000 patients per year.

The Australian retailer, Chemist Warehouse, begun leveraging China’s strong pharmaceutical industry through its partnership with the Alibaba-run Tmall marketplace four years ago. Continued success, with a 52% growth rate for year-on-year sales, has seen them recently extending their partnership by signing an updated two-year agreement.

The retailer is the number one cross-border seller on the Tmall marketplace, with an offering of more than 200 brands and 3,200 SKUs. This was after launching in 2015 and becoming the first cross-border retailer to achieve RMB 10 million ($1.4 million) in gross merchandise volume in only 46 minutes during the 11.11 Global Shopping Event.

In addition, the retailer has announced its expansion into online marketplaces Kaola and Lazada, increasing its reach to other regions in South East Asia. Its online success has also kick-started plans to open a pilot bricks-and-mortar store in Zhengzhou City of Henan Province. This physical presence is aimed to provide Chinese customers with more confidence of cross-border products by allowing them to see, touch and feel the products prior to purchase.

An Australia-China partnership for AI research into healthcare

The University of Sydney in partnership with Fudan University have formed the Brain and Intelligence Science Alliance. The organisation is set to research neuroscience and explore how AI can be ethically used within the field.

According to the Australian Institute of Health and Welfare, in 2016, dementia and Alzheimer’s were the leading causes of death in Australia. As a result, the Brain and Intelligence Science Alliance is hoping to study the prevention, diagnosis and intervention for these particular brain disorders.

The Vice-Chancellor of The University of Sydney, Dr. Michael Spence, has stated, “We need to work across disciplines and across oceans if our research is going to improve lives.”