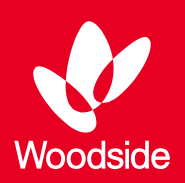 Woodside Petroleum has signed a heads of agreement to supply LNG to China’s ENN Group for 10 years from 2025.

Woodside, Australia’s biggest listed oil and gas explorer, said in a statement the volume covered by the HOA is one million tonnes a year, to be sourced from Woodside’s portfolio of gas supply.

Signed at the LNG 2019 conference in Shanghai, the HOA follows a co-operation agreement sealed in October.

ENN is aiming to increase its market share in China’s gas distribution and retailing sector, as well as internationally, Woodside said in its statement.

“This HOA demonstrates market support for Woodside’s proposals to expand the Pluto LNG facility and develop the Scarborough offshore gas resource as part of our vision for the Burrup Hub in Western Australia,” Woodside’s chief executive Peter Coleman said.

Woodside added that the HOA remains conditional upon the negotiation and execution of a fully termed sales and purchase agreement, as well as obtaining all necessary approvals and a final investment decision on Scarborough off WA’s North West.

In November, Woodside entered a long-term gas sale and purchase agreement with Perdaman Chemicals and Fertilisers for the supply of pipeline gas from the Scarborough development.

Last month, Mr Coleman said the company was slowing down marketing for the Scarborough development, despite a lot of interest for the gas, due to weak prices for Asian LNG, currently near a three-year low.

In May last year, Woodside outlined plans to accelerate and expand the Scarborough project at an expected cost of $10 billion.

Woodside in January pledged between $US1.6 billion ($2.25 billion) and $US1.7 billion towards projects this year, with most of that flowing into early work on the Scarborough and Browse gas developments, and expansion of its Pluto LNG plant in Australia.

The company aims to double LNG production by 2027.