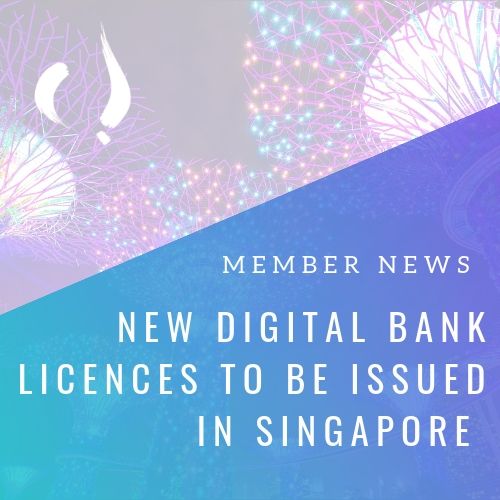 Five new digital bank licences are to be issued to firms in Singapore, the Monetary Authority of Singapore (MAS) has announced.
The five new digital bank licences include two types of bank licences, according to MAS. Two will be digital full bank licences and the remaining three, digital wholesale bank licences. Licensees who have the former licence type will be able to provide a range of “financial services and take deposits from retail customers”; the latter licence type will enable licensees to service non-retail customers and enterprises in small and medium size.The MAS said that the appearance and entry of new digital players would bolster the development of Singapore’s banking system in digital economy.
There are different application criteria for each type of licence.For the digital full bank licence, companies headquartered in Singapore and controlled by Singaporeans can apply for it; foreign companies will be able to apply for it only if they have a joint venture with a Singapore local company and the joint venture meets the headquarter and control requirements. For the digital wholesale bank licence, all companies may apply.”The industry is buzzing about this announcement – several payment service providers have flourished in Singapore and South-east Asia over the years and have built up significant user bases”, said Bryan Tan, technology partner of Pinsent Masons MPillay, the Singapore joint law venture between MPillay and Pinsent Masons, the law firm behind Out-Law. “These players are considering whether to make the step up and leverage their technology and experience and offer more banking services”, he added.

The five new digital bank licenses are believed to be a further development of the existing digital banking framework that was first introduced in 2000 by MAS. Applications are expected to be open this August.