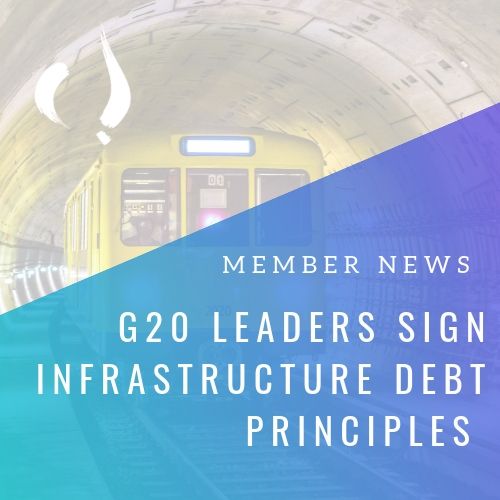 Finance leaders from G20 countries agreed new principles last week to make sure that infrastructure debt is sustainable to avoid the build-up of huge debt.

According to Reuters the G20 finance leaders endorsed the G20 Principles for Quality Infrastructure Investment as their “common strategic direction and high aspiration” during a meeting in Japan.

Last October the Chinese and Japanese governments held the first forum on China-Japan third-party market cooperation in Beijing and the two agreed to create a “new framework” to facilitate cooperation between the two when looking to back infrastructure projects abroad. They backed over 50 infrastructure projects outside the two countries, agreeing to invest more than $18 billion.Infrastructure expert Nicholas Brown of Pinsent Masons MPillay, the Singapore joint law venture between MPillay and Pinsent Masons, the law firm behind Out-Law.com, said, ” The Abe government is to be congratulated for initiating this alternative multilateral set of rules for infrastructure investment in developing countries, and the multinational private sector will do well to watch closely as these rules are then developed into an actionable investment programme.  There is perhaps a quiet sense of confidence in the capacity of the institutions to bring this to a reality in view of their track record in the multilateral development field.”