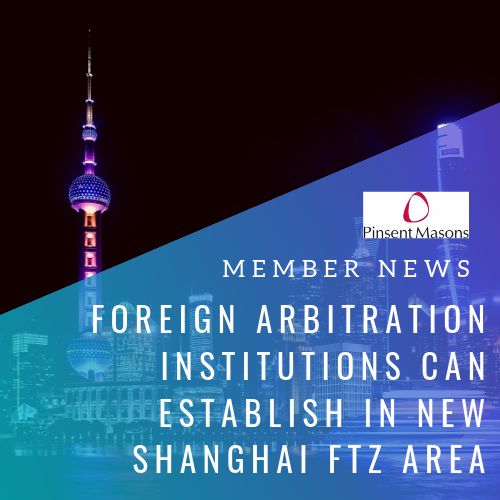 Foreign arbitration and dispute resolution institutions are allowed to establish business organisations in the new Lingang area of the China (Shanghai) Pilot Free Trade Zone, according to plans published by China’s State Council.

The plan said that the new section would compete with leading free trade zones, would open up the area for investment and encourage competitiveness.

The plan said that the FTZ will establish an institutional system focused on investment and trade liberalisation. “Fair competition will be implemented for business investment and management”, it said.

The plan said that foreign arbitration and dispute resolution institutions are allowed to establish themselves if they register with authorities and report to the judicial administrative department of the State Council. They can conduct arbitrations on civil and commercial disputes in international business; maritime affairs, and investment and can legally support and guarantee the application and enforcement of interim measures on preservation of property, evidence and behaviour by Chinese and foreign parties before and during arbitration.

China has just signed the Singapore Convention on as one of the first signatories of this treaty, which was signed by total 46 countries today.