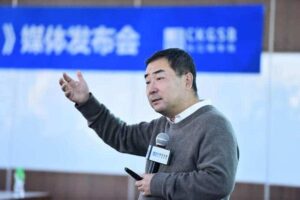 As the current COVID-19 pandemic curve begins to flatten in China, the global environment can be seen as a stark contrast. “Against such a solemn backdrop, investor sentiment has become relatively negative, with a pessimistic view on the future trends of both A-shares and housing prices, and lowered expectations of economic growth. This sentiment can also be seen in the choice of investments. In the latest Cheung Kong Investor Sentiment Survey (CKISS), respondents have shown a stronger desire to invest in conservative wealth management products and funds, and bearish on real estate and overseas investments,” said Dr. Liu Jing, Professor of Accounting and Finance and Associate Dean of CKGSB and Director of CKGSB’s Center for Investment Research.

In the latest CKISS released on May 18th 2020, he finds that “investors’ concerns are justified as the current COVID-19 pandemic has had a tremendous impact on the economy, greatly surpassing that of SARS and the 2008 Financial Crisis. It is expected that small and medium-sized enterprises (SMEs) may face a cash flow crisis and be driven towards further bankruptcies. As the impact of the pandemic increases, the Chinese government will have to intensify demand-side stimulus plans, to protect SMEs from bankruptcy.”

The Cheung Kong Investor Sentiment Survey (CKISS), a survey of investor sentiment and expectations of China’s capital market, is based on a large sample size from 13 major cities of China. The findings are gathered from questionnaires on investor sentiment collected in April 2020, newly released financial reports of listed companies, and the latest macro data of both Chinese and overseas capital markets. This report comprises of two sections. Section one highlights the details and findings of the questionnaires to better understand investors’ views on future trends in the stock market, real estate, and other assets, as well as macro indexes such as economic growth. In section two, factors that trigger investor sentiment are analyzed from the macroeconomic and listed companies’ perspectives.

Expectations on both stock and housing prices highlight an evident decline

Although respondents are not optimistic about the recent stock market trends, investors continue to show some interest, albeit a little lower than before, to invest in stocks. Professor Liu Jing analyzed the reason for this. First, China is the first country to successfully curb and control the outbreak and restart economic activities. Second, the overall valuation of A-shares has hit a 20-year low, attracting investors to seize this opportunity. Third, the deleveraging in 2018 and 2019 helped private listed companies clear most of their financial leverage risks. Lastly, Chinese investors have become accustomed to the Sino-US trade fictions, and have changed their pessimistic attitude into a relatively optimistic expectation, holding the view that trade between China and the United States will not be significantly affected in the long run.

At the same time, respondents’ overall expectations on inflation and exchange rates remain relatively stable. The expected growth rate for inflation is 3%, and the expected probability of a sharp decline in the exchange rate is 19.3%, almost the same as the previous period.

The survey shows that dining in a restaurant and shopping in a mall are the most preferred activities for respondents, selected by 43% and 49% of respondents respectively, followed by travelling on the subway or bus, and travelling by plane or train (25% and 30%, respectively). These activities are related to basic necessities of life. However, consumption intention remains weak for non-essential social activities such as staying at a hotel, extra-curricular activities, housekeeping services, and beauty care. The results demonstrate the essential role that people’s psychology plays in the demand side of the economy, and that effective control of the pandemic is of paramount significance to easing people’s worries and fears.

We speculate that the epidemic will have an impact on consumers’ attitudes towards life, specifically, paying more attention to health and being more willing to enjoy life. The survey results show that up to 67% of respondents say that they will care more about investing into their personal health in the future. Only 15% were interested in buying a new car and only 2.2% were interested in buying a bigger house. This is consistent with the respondents’ pessimistic views towards the real estate market mentioned previously.

The SARS outbreak was limited to China and its neighboring countries and regions, on a relatively small scale and for a relatively short time, affecting only 8,422 people. Also, unlike the economic structural problems faced during the Great Depression and the Financial Crisis, COVID-19 can be compared to more like that of a natural disaster. The only effective way to control the infection before a vaccine or cure is developed, is to increase testing, and ensure strict quarantine measures and lockdowns are implemented, which place heavy burdens on the economy, in particular the service sector.

In Q1 of 2020, China’s GDP experienced a year-on-year decline of 6.8%. Assuming that the impact of COVID-19 in China commenced after January, the economic growth in February and March actually declined by 13.2%. In the United States and France, their Q1 GDP decreased 4.95% and 5.2% year-on-year, respectively. If we assume the two countries were not impacted by COVID-19 in January and February, the economic decline in March reached 19.7% and 18.6%, respectively in these two countries.

SMEs under severe pressure with an increased risk of unemployment

The service sector has been hit hardest by the pandemic, with the sector essentially at a standstill. This places severe pressure on SMEs. According to China’s 2018 national economic census, the employment rate of SMEs in the service sector was around 70%. Among them, the employment rate of SMEs in accommodation and catering, resident and repair services, as well as culture, sport and recreation sectors surpassed 90%, however these sectors are also those hardest hit by COVID-19. Although the surveyed urban unemployment rate reported by the National Bureau of Statistics of China is not high, at only 5.9%, the reported migrant workers dropped from 180 million to 120 million. At the same time, the unemployment rate in the United States, at less than 4% before the pandemic, had skyrocketed to 14.7% by the end of April.

Unprecedented stimulus plans around the world and China’s caution

Several European countries and the United States have implemented decisive financial stimulus programs. According to statistics from the International Monetary Fund (IMF), the financial stimulus offered by G20 countries accounted for 2.3% of their total GDP (compared to 0.5% during the Financial Crisis). More specifically, stimulus funds, excluding loan guarantees for enterprises, accounted for up to 10% of the GDP in the United States, Japan, and Germany. If loan guarantees for enterprises is included in the stimulus packages, then the packages account for 36% of GDP in Germany, and 13.5% and 19% in the United States and Japan, respectively.

In comparison, China’s stimulus package accounted for only 2% of its GDP. China’s cautiousness may be a result of its lessons learned from its previous stimulus package, which led to a heavy deleveraging burden for many years, and may also be attributed to the relatively high household savings rate. In our opinion, as the impact of the pandemic continues, the Chinese government will have no choice but to intensify demand-side stimulus strategies, to protect a large number of SMEs from going bankrupt.

Compared with Q4 of 2019, Q1 of 2020 has brought global investors a once-in-a-century challenge. Uncertainties will also only increase over the next decade. Therefore, this survey recommends that investors increase their gold holdings to mitigate or avoid potential risks. Furthermore, A-shares and the Hong Kong stock market have a good price-performance ratio, and may perform better if the government enhances its stimulus plan. In particular, technology driven sectors, such as information technology (IT), internet and cloud computing, are promising, and have indirectly proved their robustness during the pandemic.

The Cheung Kong Investor Sentiment Survey (CKISS) is a survey on investor sentiment and expectations in the capital market, co-sponsored by Cheung Kong Graduate School of Business’ (CKGSB) Center for Investment Research and the Business Scholars Program. It is led by Doctor Liu Jing, CKGSB Professor of Accounting and Finance and Associate Dean, and CKGSB researcher Chen Hongya. The first survey was conducted in January 2018 and targeted over 60 outstanding entrepreneurs. In August 2018, the survey expanded its scope, and was entrusted to third-party companies to be conducted in 13 major cities of China. So far, seven surveys have been completed. Going forward, CKISS will be conducted on a quarterly basis with approximately 2,500 valid samples, including 1,900 samples from individual investors and 600 from financial industry practitioners.

Cheung Kong Graduate School of Business (CKGSB) is the preeminent choice for management education among influential business leaders and a new generation of disruptors in China. It is also the preferred choice for academics returning to China from leading global business schools. Since its establishment in November 2002, CKGSB has aimed to cultivate transformative business leaders with a global vision, a humanistic spirit, a strong sense of social responsibility and an innovative mind-set. Business leaders should embrace innovation and strive for the social good.

Today, CKGSB stands apart for its full-time, world-class faculty and excellence in research, China insights and an unparalleled alumni network. More than half of our faculty members previously held tenure or senior professorships at top business schools, such as University of Michigan, MIT, Darden School of Business, Wharton, and Yale. More than half of CKGSB’s 14,000 alumni are at the CEO or Chairman level and, collectively, they lead one fourth of China’s most valuable brands.

The school offers innovative degree and non-degree, full-time and part-time programs in several languages including English, Chinese and Korean for professionals and management teams from around the world.