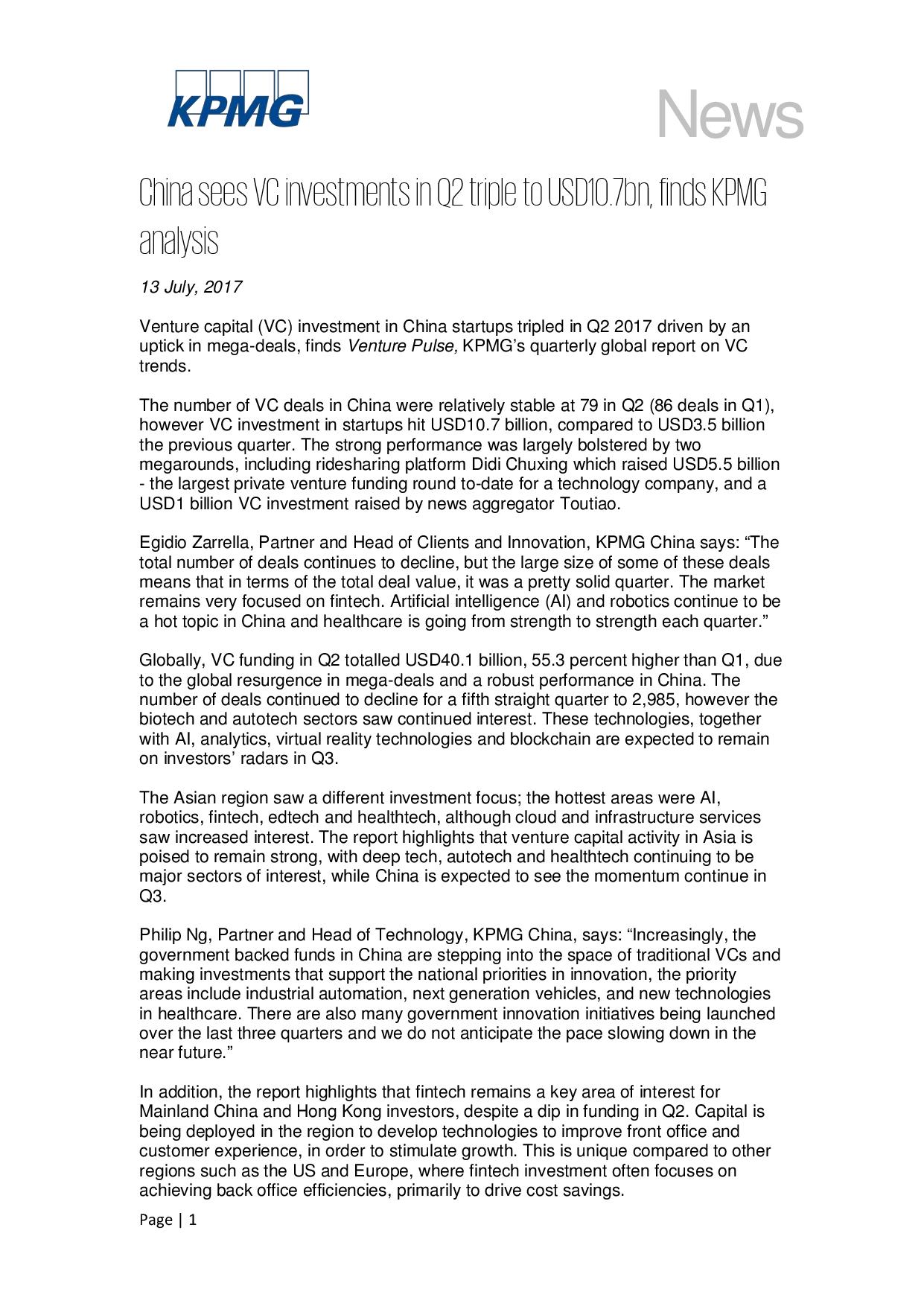 The number of VC deals in China were relatively stable at 79 in Q2 (86 deals in Q1), however VC investment in startups hit USD10.7 billion, compared to USD3.5 billion the previous quarter. The strong performance was largely bolstered by two megarounds, including ridesharing platform Didi Chuxing which raised USD5.5 billion – the largest private venture funding round to-date for a technology company, and a USD1 billion VC investment raised by news aggregator Toutiao.

Egidio Zarrella, Partner and Head of Clients and Innovation, KPMG China says: “The total number of deals continues to decline, but the large size of some of these deals means that in terms of the total deal value, it was a pretty solid quarter. The market remains very focused on fintech. Artificial intelligence (AI) and robotics continue to be a hot topic in China and healthcare is going from strength to strength each quarter.”

Globally, VC funding in Q2 totalled USD40.1 billion, 55.3 percent higher than Q1, due to the global resurgence in mega-deals and a robust performance in China. The number of deals continued to decline for a fifth straight quarter to 2,985, however the biotech and autotech sectors saw continued interest. These technologies, together with AI, analytics, virtual reality technologies and blockchain are expected to remain on investors’ radars in Q3. 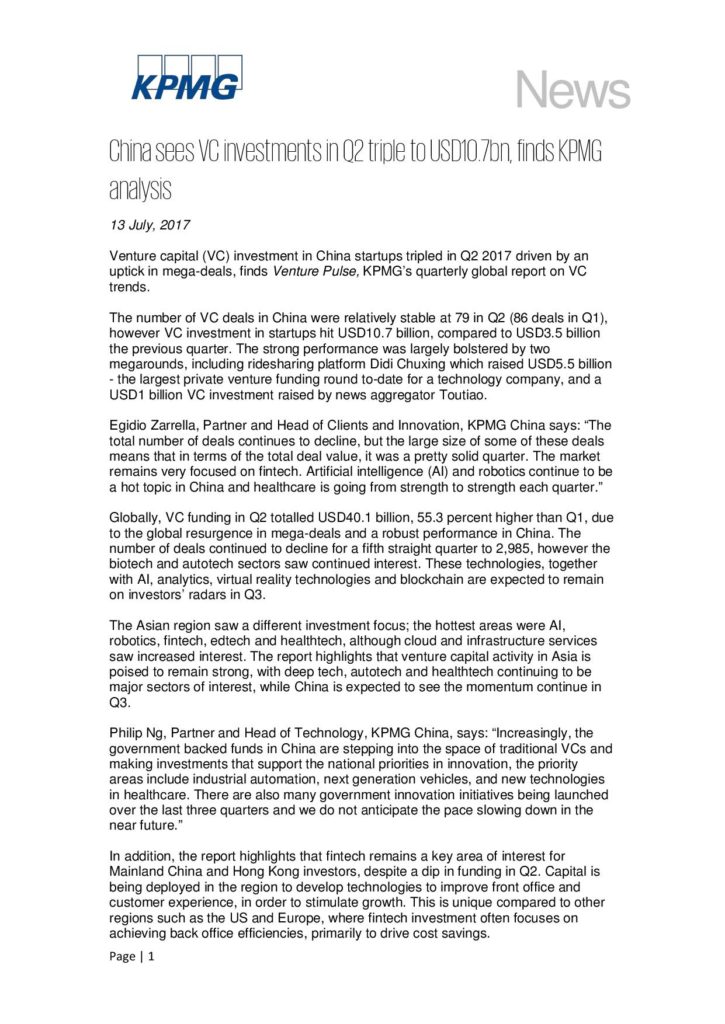