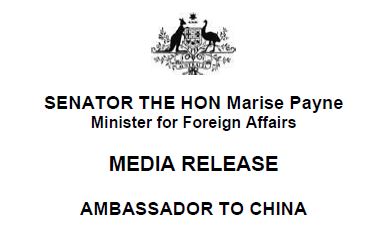 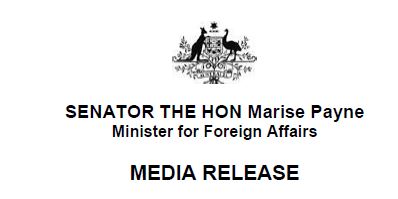 Today I announce the appointment of Mr Graham Fletcher as Australia’s next Ambassador to China.

Australia and China share a multi-faceted and constructive relationship, founded on shared interests and mutual respect. Our Comprehensive Strategic Partnership is characterised by strong economic ties and collaboration on our shared priorities.
China is Australia’s largest trading partner, with two-way trade in 2017-18 totaling $195 billion.

The long-standing links between our countries also continues to grow through tourism, and increasing education and people-to-people links.

Mr Fletcher holds a Bachelor of Arts (Honours) from the University of Sydney.
I thank outgoing Ambassador Jan Adams AO PSM for her contributions to advancing Australia’s interests in China since 2016.