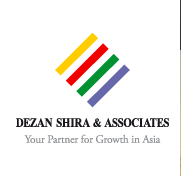 Coworking and incubator spaces have expanded quickly throughout major cities as China’s entrepreneurial drive accelerates. The government had been slow to regulate coworking spaces; the use of such addresses for business registration, for example, has floundered in ambiguous territory.

However, several industry observers told China Briefing that the government is working on a regulatory framework for the coworking industry and its tenants.

This follows recent media reports that said the Administration for Industry and Commerce (AIC) in several Beijing districts have refused business registration applications that have coworking spaces listed as their address. According to the reports, authorities have refused applications listing coworking and incubator spaces in Chaoyang, Fengtai, and Haidian districts.

The development is not unique to Beijing. Over the past year, industry sources have reported increased regulatory oversight of coworking spaces all over China, including other tier one cities.

Coworking spaces are attractive to startups with small teams and limited capital. Renting several desks at a coworking space helps young businesses save on fixed costs like office rent, internet, furniture, and office equipment. Additionally, startups had been able to use coworking space to meet key compliances, such as legally registering their business.

But coworking and incubator spaces are a quandary for the government because of two reasons: the absence of regulations and lack of tax guidance.

Given this fluid regulatory environment, some companies that use coworking spaces have wandered into grey areas. For example, some companies have different working and registered addresses, which is illegal under Chinese law.

Now, according to the new regulations active in parts of Beijing, companies must provide a physical, nonvirtual address, as well as a valid property ownership certificate for business registration. While this partly addresses a regulatory issue, it leaves companies in coworking spaces in a difficult situation as they do not sign directly with the actual property or land owner.

Moreover, there is still no clarity on the myriad of tax issues that arise from operations at a coworking or incubator spaces.

At this time, it remains unclear whether the regulations reported in parts of Beijing will be implemented in – 2 – other cities in China. But many in the industry are preparing for greater regulation.

An industry representative told China Briefing that the new regulations like those found in Beijing will likely force many coworking spaces to change their business model – some sell their address to start-ups as part of their service. Additionally, another representative said that this type of reform would affect the way coworking spaces recruit new tenants.

In practice, however, it’s still business as usual for many coworking spaces. Several industry observers told China Briefing that most startups at coworking spaces are already comparatively mature, and have obtained their business registration, thereby limiting the impact of new regulations like those reported in Beijing.

Those that are affected are already implementing solutions. According to one industry observer, coworking companies are already exploring potential solutions for its tenants, namely using third-party partners to help with business registration, and identifying new locations where business models and services associated with the industry are allowed by authorities.

New regulation may be beneficial for the coworking industry in the long term, reducing the potential for a bubble due to ill-advised business practices. However, the industry, and the startups that locate in coworking spaces, should begin to review their compliance with local business registration laws, and prepare for greater legal and tax scrutiny in the year ahead.

This article was first published on China Briefing.

Since its establishment in 1992, Dezan Shira & Associates has been guiding foreign clients through Asia’s complex regulatory environment and assisting them with all aspects of legal, accounting, tax, internal control, HR, payroll, and audit matters. As a full-service consultancy with operational offices across China, Hong Kong, India, and ASEAN, we are your reliable partner for business expansion in this region and beyond.

For inquiries, please email us at info@dezshira.com. Further information about our firm can be found at: www.dezshira.com.