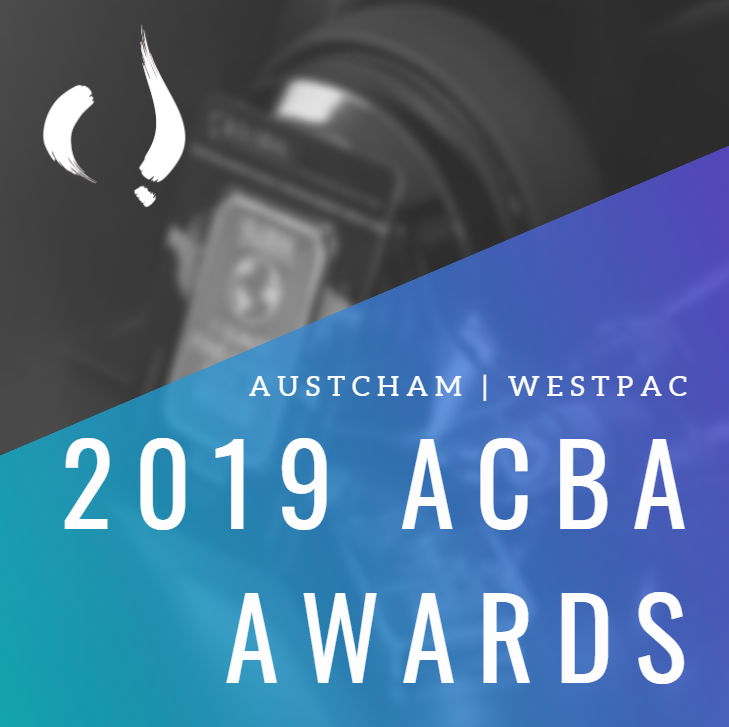 With 400 guests in attendance, keynote speaker Chief Executive of the Hong Kong Special Administrative Region, the Honourable Carrie Lam Cheng Yuet-ngor, GBM, GBS, gave an insightful address about Greater Bay Area opportunities and advancements in technology and innovation in the region. Mrs Lam also announced Australia will be the next destination to host the overseas promotion of the Greater Bay Area.

The evening also included a special dialogue with Maggie Zhou, Alibaba’s Managing Director for Australia and New Zealand and Jonathan Larsen, Ping An Group’s Chief Innovation Officer and Chairman and CEO of the Ping An Global Voyager Fund on innovation.

“This prestigious awards program is one of the greatest platforms to showcase innovation, perseverance and success among Australian businesses in Greater China”, Westpac General Manager, Asia Pacific Michael Correa said.

“As a sponsor, Westpac is proud to continue its support for businesses who are leading the way in the important Australia – China corridor.”

The winners in each of the award categories were announced amongst much-deserved celebration.

The winners of the AustCham Westpac Australia-China Business Awards 2019 are:

Geraldton Fishermen’s Cooperative Ltd have built a world-leading supply chain from Western Australia to China, delivering value directly back to hundreds of fishing families and communities along the Western Australian coastline.

Hancock’s focus in the agricultural sector uses the latest technology, science and innovation to constantly improve the quality of their products in order to deliver the highest quality beef and dairy products to customers in China and around the world.

Sponsored by The University of Sydney Business School

Australia’s cultural assets to an audience of more than 200 million people through live performance and 4 concert broadcasts across China. Publicity for this engagement reached an estimated 1.56 billion people. MSO have also established key partnerships with China including a 4 year agreement with the National Centre for Performing Arts Beijing and a 10 year Australian-exclusive partnership with international classical content distribution giant UNITEL.

Downer has a proud rail heritage dating back more than 100 years. Downer has partnered with China Railway Rolling Stock Corporation, the largest train manufacturer in the world to work together on major projects in Australia up until 2053 including the Melbourne Metro and Sydney’s Waratah fleet. In unique collaboration, both Downer and China Railway Rolling Stock Corporation have co-located teams (both in Australia and China) working together on delivering this high quality infrastructure.

University of Wollongong’s City University of Hong Kong is recognised as a premier College providing quality tertiary education to over 6,000 students each year. The College has demonstrated consistent and sustained business excellence, delivering an exceptional Australian student experience across all its programs. It is highly regarded for its rigor in quality assurance and holistic education, delivering transformative student experiences in Hong Kong.

Tianqi made the bold decision in 2016 to build the world’s largest lithium plant in Western Australia. This included the decision to set up a Kwinana office to be Tianqi’s global headquarters and to run most of the company’s corporate development activities from Western Australia. The company has since created 900 construction jobs and over 200 permanent operational jobs in the Kwinana area – a significant injection of Chinese investment dollars into WA. The judges also praise Tianqi’s investment into grassroots CSR initiatives for the local community totaling at $1 million AUD per year, in addition to a $5 million AUD sponsorship of the new WA Museum currently under construction – which includes a commitment to bring two world class Chinese exhibitions to the Museum over the next five years.

Since its establishment in 2009, Moelis Australia has advised on corporate transactions with a value in excess of $80 billion AUD, raised over $6.5 billion AUD in capital for clients and manages in excess of $3.5 billion AUD in assets. Over the last five years, their asset management division has created and led some of Australia’s most innovative investment strategies focusing on Chinese investment. Moelis were the pioneers of the Significant Investor Visa program, which has now seen more than $10 billion AUD in investment flow into Australia, primarily from China. They are now one of the largest managers of high net wealth investment capital in Australia.

Based in South Australia, Steriline’s team of 12 staff designs, manufactures, installs and services racetrack equipment for the international horse racing industry. Over half of the company’s total sales come from exports, with its market-leading equipment used in over 50 countries across the world. Steriline also works with clients to research and develop products that are safe for both animals and jockeys, including for the Hong Kong Jockey Club and Conghua development in Guangzhou.

Sponsored by The Victorian Government

In 2018, Swisse and its parent company the H&H Group founded the H&H Group Foundation. The purpose of Foundation is to advocate and educate consumers about living a healthy lifestyle, especially under the pillars of nutrition, movement and mind. The Foundation has invested in programs, events and innovation with charity and not-for-profit partners in the preventative health and wellness community that educate and promote people living healthy lives.