AustCham’s General Manager Nick Coyle, opened the 2015 Education Forum with greetings and brief remarks before introducing our first speaker, Katherine Vickers, Minister Counsellor, Education & Research at the Australian Embassy in Beijing. Katherine gave an overview of the Education & Research group at the Australian Embassy and the work that they do around China. The second speaker was David Dukes,the North Asia Education Commissioner at Austrade, addressing the topic ‘TNE as an element of Australian Internatoinal Education (AIE) 2025’. Nicholas Dwyer, the CEO and Founding Principal at Haileybury International School Tianjin followed  with a brief history of the entire school, and an in-depth description of the operations at their Tianjin campus. Nicholas was followed by Ricky Niu, Senior Manger China at UTS International. Ricky spoke about the development of UTS’s presence in Shanghai, China and their partnerships with Chinese institutions. The last item on the agenda was a panel discussion, moderated by Martin Riordan, CEO at TAFE Directors Australia. A wide range of questions were taken from the audience and expertly addressed by the panel and some of their colleague who were also present. To finish the event, our panel and audience met for drinks at Aria Bar.

Date: Monday 9th November (Click here to add this event to your Outlook Calendar or iCal)

Ms Katherine Vickers was appointed to the position of Minister Counsellor (Education and Research) in April 2015.

Prior to taking up her posting, Katherine was Director of the Strategic Policy Unit within the Department of Education and Training’s International Group, where she supported the development of the Draft National Strategy for International Education.

Katherine has worked in a number of roles across government in the areas of higher education and research policy and reform and managing international education and science relations with China and North Asia. In 2013, Ms Vickers was posted on a short term mission to the Australian Embassy in Beijing as Education and Science Counsellor.

Prior to her public service career, Ms Vickers worked as a senior lecturer and course convenor in the field of media and film theory at the Australian National University, the University of Canberra and the Flinders University of South Australia.

Katherine holds a Bachelor of Arts (Honours 1st Class) from the Flinders University of South Australia.

Nicholas is the Founding Principal and CEO of Haileybury International School Tianjin, a private K-12 boarding school for Chinese students seeking pathways to university overseas. The school was established in 2013 as a joint venture controlled by Haileybury Melbourne, and is the first of its kind in China.

Nicholas was also Vice-Principal (International) of Haileybury College, an independent, K-12 school of 4,000 students across four campuses in Melbourne.

He is a graduate of the ANU (Law and Economics) and earned his doctorate from Melbourne University in the field of organizational learning and international education. He worked for some years with the Banque Nationale de Paris before moving into teaching, where he held teaching and management positions at Marlborough College (UK), Canberra Grammar School and Caulfield Grammar (Melbourne).

A particular aim has been to foster internationalism in education.  He was involved in developing an innovative residential program for Caulfield Grammar students in Nanjing in 1997, as an early joint project with a local high school.

At Haileybury he has established an international presence for the school, with professional and operational links to schools in a range of countries. Over the last fifteen years Nicholas developed Australia’s first TNE school-level program in China. Working with a group of ten partner schools in China, the Victorian Curriculum and Assessment Authority and Chinese provincial education departments, Haileybury now trains Chinese teachers and offers the VCE to more than five hundred Chinese students as a pathway to universities in Australia and overseas. This experience paved the way for the establishment of Haileybury International School Tianjin.

In 2013, he established the VCE as a pro bono project in Timor Leste.

Prior to the role as Chisholm North Asia Marketing Manager, Ricky has gained a wealth of experience and the solid network within International Education Industry by working at one of the largest international education agencies namely Eduglobal, which is also known as the subsidiary of Navitas Group in China. During the time of working at Eduglobal, Ricky was appointed as director of Education Resource Department, responsible to develop and manage the relations with Key institutional Partners around the world.

Ricky has also spent a number of years studying in Australia. During the time of studying at Curtin University of Technology, Ricky was truly passionate in running the student organization through taking up the position as marketing officer for Curtin University International Student Committee. Ricky was also elected as a student representative to participate a series of national and regional conferences organised by Australian national student union, strongly calling and lobbying for the better welfare policies for all international students in Australia.

Mr David Dukes took up the role of Trade Commissioner (Commercial Counsellor) at the Australian Embassy in Beijing in March 2009. Mr Dukes led Austrade’s Clean Tech Team in China from 2009-2011, until taking on management of Austrade’s Food, Beverages, Agribusiness, Consumer and Health Team from 2011-2012.

In 2012-2013 Mr Dukes was manager of Austrade’s new West China Team. Subsequently he was project director of Australia Week in China 2014, Austrade’s largest overseas mission, with 117 events over four days in five cities. From 2014-2015 he was post manager of Austrade Beijing, with responsibility for North China, and managed the Austrade China Marketing Team.

He is currently Austrade’s North Asia Education Commissioner, with responsibility for Greater China, Korea and Mongolia, and continues as leader of Austrade China’s Marketing Team.

Prior to joining Austrade, Mr Dukes was Managing Director of Dukes Consultancy, an international trade and investment consulting company dealing with China, for 19 years. In that capacity, he assisted companies from Australia, Israel and Northern Europe develop business with China and other countries. He served as a diplomat in the Australian Department of Foreign Affairs and Trade from 1979-90, with the following postings:

– 1985-88, Australian Embassy, Lisbon, including one year as Charge d’Affaires

Mr. Dukes graduated from Sydney University in 1978 and studied in Beijing from 1975-1977 in the third group of Australian government exchange students.  He has also lived and worked in Israel and Greenland. 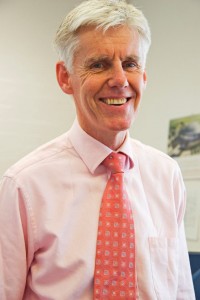 Martin Riordan is Chief Executive Officer of TAFE Directors Australia. Martin has worked at senior executive level in the private and public sectors in Australia, and has enjoyed extended terms based in Asia. He is a Senior Fellow at the LH Martin Institute for Tertiary Education Leadership and Management, University of Melbourne.

Martin was recruited as CEO of TAFE Directors Australia in 2006, after working in Canberra with the Department of Education, Science and Training.

Martin began his career as a political journalist in the Parliamentary press galleries of Canberra and Sydney, and an editorial executive with News Limited. He later worked as a media adviser to the former Leader of the Opposition, Honourable John Howard, before moving to industry, with appointments in ASX-listed companies in Australia, and a plc UK firm based in Singapore. Later in Singapore, Martin founded a vocational education research benchmark firm.

A key focus during his term as CEO of TDA, has been re-positioning TAFE with new independent governance, as a quality leader in vocational education, and how TAFE may extend its prominent role partnering with vocational education systems internationally.

He was awarded the 2014 Endeavour Prime Minister’s Postgraduate Asia Scholarship to review new tertiary education trends in China, and was hosted by SSPU polytechnic university in Shanghai. Earlier, Martin was a recipient of an Australian American Fulbright Professional Scholarship in 2009-10, to research new financial structures and especially reviewed 4-year degree models applying across 18 US states for American Community Colleges.

Martin studied at Macquarie University for his BA (Hons) undergraduate qualifications, and completed an MBA at University of Technology Sydney. He is currently enrolled at LH Martin Institute, University of Melbourne, completing PhD studies.