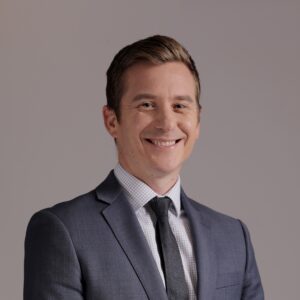 Andrew Carter commenced in the role of Trade Commissioner (Education) (Greater China) at the Australian Embassy in Beijing in December 2020. Andrew is responsible for the overall leadership and direction of Austrade’s promotion of Australian international education across Mainland China, Hong Kong and Taiwan. Andrew has been with Austrade since 2015, most recently leading a Policy and Ministerial team in Canberra, and previously in trade and investment focused positions in the United States. Prior to his career at Austrade, Andrew worked at the Embassy of Australia in Washington DC as a research officer for the Department of Foreign Affairs and Trade, and in policy roles in Canberra at the Department of Defence and the Department of Agriculture. Andrew is admitted to practise law in New South Wales and has a Masters in International Law (with Merit) from the Australian National University, and Bachelor Degrees in Arts and Law from the University of Newcastle.